A musical balm for the soul

Grab a coffee, take a breath, and hang out with an artist! Enjoy intimate glimpses of some of the Pacific Opera family of artists, as they share their homes, their songs and how things are going for them during this extraordinary time. Opera singers featured in Pacific Opera’s 2019/20 and 2020/21 seasons perform from their kitchens and living rooms for your afternoon coffee break. Tune in, kick back, and stay connected to the opera you love from the comfort of your own home.

Baritone Samuel Chan speaks with Rebecca Hass as part of Pacific Opera’s platform for IBPOC opera artists, For All to Hear. Samuel also performs a beautiful cradle song in Mandarin, a language that is deeply meaningful to him as a person of Singaporean/Chinese descent. He notes that many people first experience their native language through the universal experience of hearing a lullaby. Produced by: Rebecca Hass & Shine*ola Communications

Samuel Chan was to have debuted with Pacific Opera as Dancairo in the company’s now-postponed production of Carmen. Once it is safe to gather in the theatre, we look forward to seeing him on our stage.

In addition to his appearance on Acoustic Afternoons, you can listen to Samuel in conversation with Rebecca Hass as he speaks in more depth about his experience and perspective as a classical artist of colour.

Tenor Isaiah Bell speaks to Rebecca from his home in Victoria about life during the pandemic. He also performs a song he has written based on the anonymous medieval poem O Western Wind, when wilt thou blow – a song of longing for home and of gratitude for home – even now, when so many of us find ourselves at home far more than we ever expected! Produced by: Rebecca Hass & Shine*ola Communications
Like most artists, Isaiah Bell has had many gigs cancelled as a result of the pandemic. And like many artists, he has been focusing on creativity during this unanticipated down time. That creativity includes writing extremely crafty daily haikus to post on his Instagram account.

Isaiah sang with the Pacific Opera chorus for several seasons and participated in the company’s Young Artist Program, performing the title role in the 2008 Opera in Schools production of Elijah’s Kite. He has performed extensively in Canada, the US, and Europe. His credits include the role of Antinous, lover of the Roman emperor Hadrian, in the 2018 world première of Rufus Wainwright’s Hadrian at the Canadian Opera Company.

Tenor and Star Wars nerd Josh Lovell celebrated Star Wars Day on May 4 by recording a cheery interview from Vienna, where he is in his first (slightly curtailed) season in the ensemble of the Wiener Staatsoper. Josh also serenaded us (and his Vienna neighbours) with “O blonde Cérès,” an aria from Berlioz’ Les Troyens that praises Ceres, the goddess of fertility and the harvest, for the happiness and bounty she brings. Produced by: Rebecca Hass & Shine*ola Communications

We should all have neighbours like Josh, who has been livening up the ‘hood by singing from his Vienna apartment window – you can catch more clips on his Instagram account. As Josh reports, Vienna is such a major centre for music and opera that this pandemic is a particular blow – but creative people WILL find a way for their creativity to come out, one way or another.

Josh is also making waves with his entry in the ‘La speranza’ challenge (where tenors post videos of themselves singing the climactic high C of Rodolfo’s aria “Che gelida manina” in La bohème). Find out all about it (and catch the over-the-top vocalizations of a few tenors, including Josh) in this article from the Owlkids Weird Zone: ‘La speranza’ challenge hits a high note of silliness.

A native of Victoria, Josh Lovell performed with the Pacific Opera Chorus for several seasons and made his solo debut as Bardolfo in our 2013 Falstaff – while he was still an undergrad at the University of Victoria, studying with Ben Butterfield. He returned the following season as Normanno in Lucia di Lammermoor, then headed off for studies at the University of Michigan, followed by a debut at Lyric Opera of Chicago as a member of the Ryan Opera Center’s Ensemble. Josh was the 2018 Grand Prize and Opera Prize winner at the 52nd Annual International Vocal Competition‘s-Hertogenbosch, in The Netherlands. He took 2nd place in the 2018 Dallas Opera competition, 3rd place in the Marcello Giordani Foundation competition, and was a 2017 semi-finalist with the Metropolitan Opera National Council Auditions.

He is now based in Austria, where his engagements have included Poisson in Adriana Lecouvreur at the Salzburg Festival, alongside Anna Netrebko in the title role; as well as Lysander in A Midsummer Night’s Dream and Lurcanio in Ariodante, both with the Wiener Staatsopera.

The central couple were dream casting: Anush Hovhannisyan’s Donna Anna was sung with infinite grace, while Josh Lovell partnered her as Don Ottavio with an expressive purity of tone which we all too seldom hear.
Michael Church, The Independent. Review of Don Giovanni, 2018 New Generation Festival, Florence, Italy.

Bass Baritone Neil Craighead brings a little joy to our afternoons with a delightful little ditty by Cole Porter called The Tale of the Oyster. It’s all about a lonesome oyster – a “bivalve social climber”! Produced by: Rebecca Hass & Shine*ola Communications.

Neil’s song is followed by an interview with Rebecca Hass. They discuss being at home with family and chat about Neil’s very extensive record collection. For more musical delights, feel free to explore Neil’s Youtube channel and his LP collection on Discogs.

Neil Craighead made his Pacific Opera Victoria debut as Truffaldino in Richard Strauss’ Ariadne auf Naxos in 2014, returning in 2016 as Pietro in Verdi’s Simon Boccanegra and in 2018 as Don Fernando in Beethoven’s Fidelio. His most recent Pacific Opera performance was as the Minskman in the 2020 Canadian première of Jonathan Dove’s Flight.

Carmen with the Pacific Opera Chorus

April 26 would have been the closing matinée performance of Pacific Opera Victoria’s production of Carmen. Due to the COVID-19 epidemic, we cannot gather in the theatre. Instead, the Pacific Opera Chorus joins pianist Robert Holliston from their various homes to make a joyful noise on Zoom with a performance of “Les Voici!” – the scene in Carmen where the crowd cheers the arrival of the bullfighters.

From a utility room / walk-in closet in Philadelphia, baritone Todd Thomas speaks of the blessings of community and art and sings a hymn – Shall we Gather at the River? – that is beautifully expressive of the longing many of us feel, to gather with our loved ones again. Produced by: Rebecca Hass & Shine*ola Communications
Shall we Gather at the River?  was written by Robert Lowry, a Baptist Minister in Brooklyn, during the summer of 1864. It was a time of anguish: the Civil War was raging, and a typhoid epidemic was devastating New York City. With death all around him, Lowry wrote this hymn in answer to the questions, Shall we meet again? We are parting at the river of death; shall we meet at the river of life?A message of hope and solace at a terrible time, this is the most well known of the many hymns Lowry wrote. Aaron Copland arranged it, as did Charles Ives. Todd Thomas sings it a cappella – with warm-hearted humanity, and a beautiful voice.

Todd then chats with Rebecca Hass about his life these days with his family in Philadelphia and about the friendships he has developed during his opera engagements in Victoria. And of course, they talk about what they want to do as soon as the COVID-19 restrictions are lifted and they can gather again with friends. 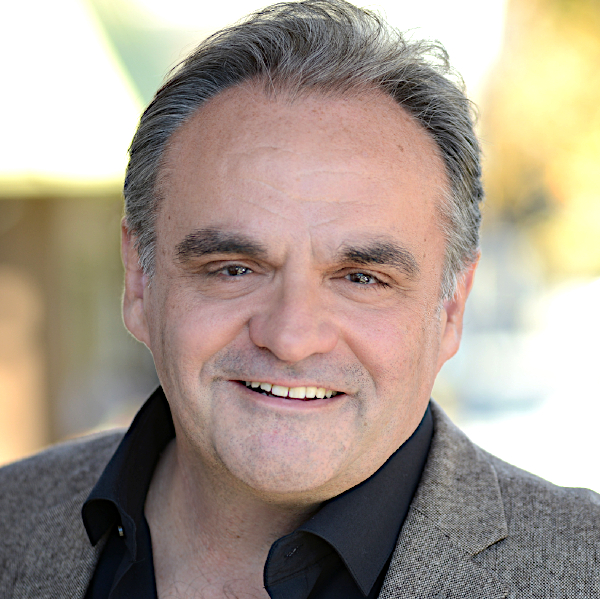 American baritone Todd Thomas made his Pacific Opera Victoria debut and his role debut as Alberich in the company’s 2014 production of Wagner’s Das Rheingold. He subsequently returned for two Verdi roles – Iago in Otello and the title role in Simon Boccanegra – and for two leading roles in Puccini’s Il trittico – Michele in Il tabarro and the title role in Gianni Schicchi.

Heroic baritone Todd Thomas also shone in his two roles. As Michele, he offered vocal heft and menacing presence. Yet he also made clear that he too was fatally damaged by the loss of his son which, combined with grief over his wife’s betrayal, leads him to commit murder. As Gianni Schicchi, Thomas gave an equally energetic and committed performance as the (almost) lovable rogue who steals an inheritance right under the noses of a family who can’t wait to get their greedy hands on it.

Rebecca Hass interviews Baritone Justin Welsh, who these days is also known as the Canadian Singing Postie. While working part-time for Canada Post, Justin has been filling the neighbourhood with song as he makes his rounds – doing what he can to help people through Covid-19 and isolation. For a special Easter Weekend episode of Canadian Singing Postie, Justin shares a favourite spiritual, “Deep River”. Produced by: Rebecca Hass & Shine*ola Communications

Justin Welsh started out at Pacific Opera Victoria as a participant in the company’s first Young Artist Program and sang the role of Lapak the dog in the 2005 production of The Cunning Little Vixen. He returned to Pacific Opera for the title role in Mozart’s The Marriage of Figaro in 2014, followed by performances as Papageno in The Magic Flute and the Immigration Officer in the 2020 Canadian première of Jonathan Dove’s Flight.

Justin Welsh’s Figaro is a charming scamp, immensely likeable and vividly expressive, whether cavorting or scheming or cursing womankind.

Close your eyes and listen to Adam Luther as he sings the beautiful Scottish folk song A Red, Red Rose. Produced by: Rebecca Hass & Shine*ola Communications

The words to A Red, Red Rose were written by Robert Burns in 1794. The melody is much older. It’s based on a traditional air known as “Low down in the broom,” that is one of hundreds of English, Scottish, and Welsh folk songs that Joseph Haydn (yes, that Joseph Haydn) arranged.

If you’d like to explore this song a little further, listen to Haydn’s peppy version for voice and piano trio of Low down in the broom (Hob. XXXIa no. 210). It’s part of a four-CD recording of Haydn’s Scottish and Welsh songs by the Haydn Trio Eisenstadt, with soprano Lorna Anderson and tenor Jamie MacDougall. To hear all four of these delightful CDs, go to Spotify and search on “Haydn Trio Eisenstadt.” 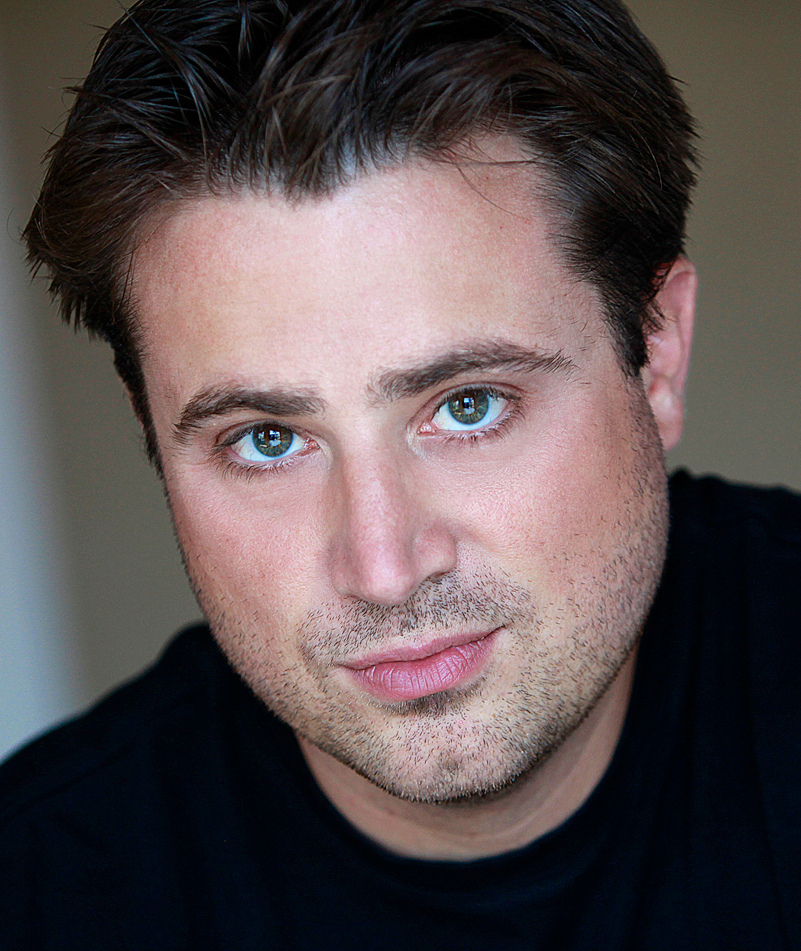 Adam Luther has performed multiple roles with Pacific Opera, most recently Luigi in Il tabarro and Gherardo in Gianni Schicchi (two of the three operas in Puccini’s Il trittico), as well as Count Tassilo in last season’s Countess Maritza.

Luther’s Tassilo is an attractive, rather earnest and somewhat touchy young man. He has an irresistible voice, vibrant, strong and clear and perfect for Kalman’s luxuriant lines.

Mezzo soprano Allyson McHardy shares one of the loveliest of English folk songs at this challenging time when so many of us are separated from our loved ones. Blow the Wind Southerly is a song of longing: a woman pleads for a southerly breeze to bring her true love home over the sea. Produced by: Rebecca Hass & Shine*ola Communications 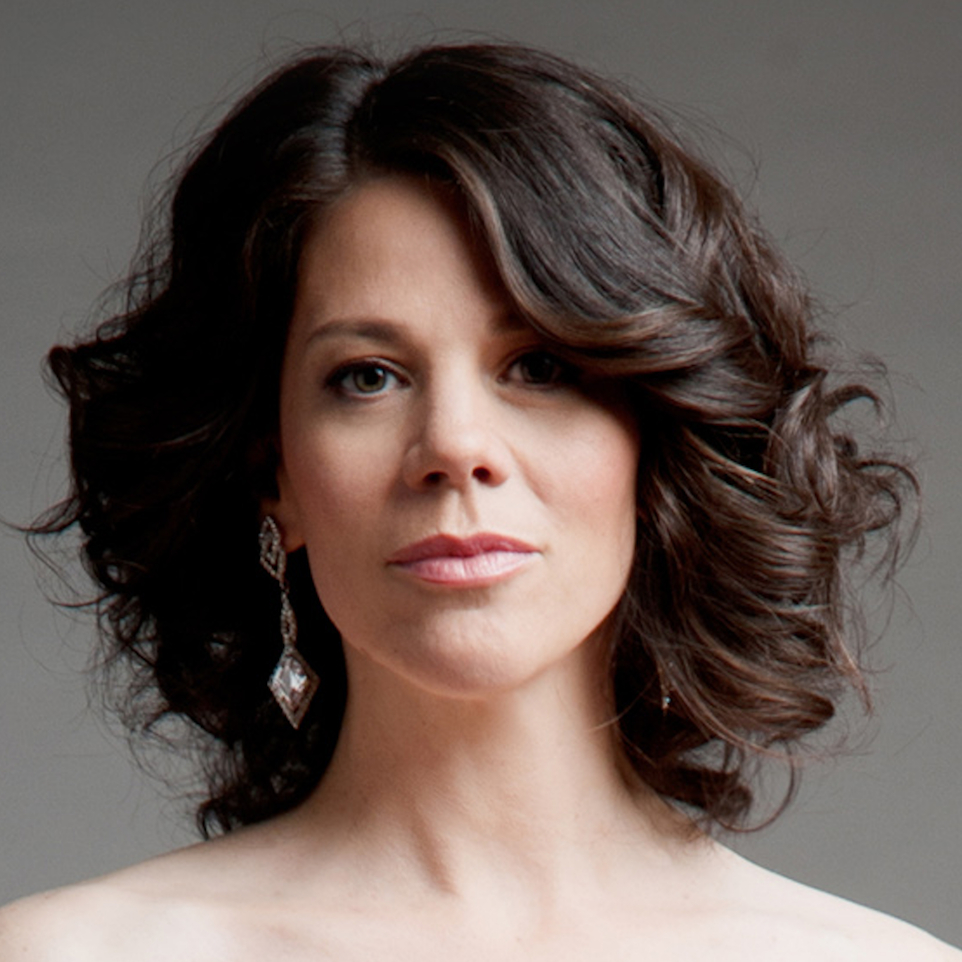 Allyson McHardy was recently seen as the Minskwoman in Pacific Opera’s production of Flight and returns next season as Fricka in Die Walküre.
Full BioAs the pregnant Minskwoman, Allyson McHardy … with her warm and chocolaty mezzo, so easily inhabits the role, she makes it clear that it is fear, not lack of love, driving her hesitation. We are fully on her side by time she finishes.
Robin Miller, Opera Canada, review of Flight, 2020