Friday, October 2, 2020 | 1 pm | On Demand
One year ago we were in rehearsals for our fall production of IL TRITTICO, and in workshops for the premiere of FLIGHT OF THE HUMMINGBIRD. Listen as Rebecca catches up with artists from these two productions, and hears stories from behind the scenes.. Pam Johnson, Maxime Goulet, Adam Luther, Aviva Fortunata, and Todd Thomas talk about the artistic process behind the operas you see on stage, their favourite memories from the shows, and what they are up to now. Join the conversation by listening to the Spotify playlist!

Pam Johnson was the set, costume, and prop designer for Il Tabarro. It was a massive undertaking: one person doesn’t usually design all three. Pam pushed through the overwhelming feelings to create the romantic and intriguing atmosphere that we know and loved. She worked behind the scenes to take the words and the essence of the music and put them into a physical form, even if audience members might not notice small details. These details are subconsciously noticed, and are just as important as the larger details for creating a scene and an atmosphere.

Maxime Goulet, the composer of The Flight of the Hummingbird, talked through the somewhat unconventional and collaborative approach the team behind the opera took. Normally, an opera moves in a linear fashion, starting with the librettist, moving to the composer, then to the musician, and then staging and costumes are added. Instead, the creative team worked closely together throughout all stages of creation. Maxime studied past works of his teammates to immerse himself in each of their creative style and energy, helping the collaboration process. The team behind The Flights of the Hummingbird were all working together towards a common goal, a parallel to what happens within the opera itself. Throughout quarantine Maxime has been working on a project, Micro Météo, where he takes small poems he wrote 20 years ago and sets them to music, adding visuals created by his sister (an animator) and posts them online. 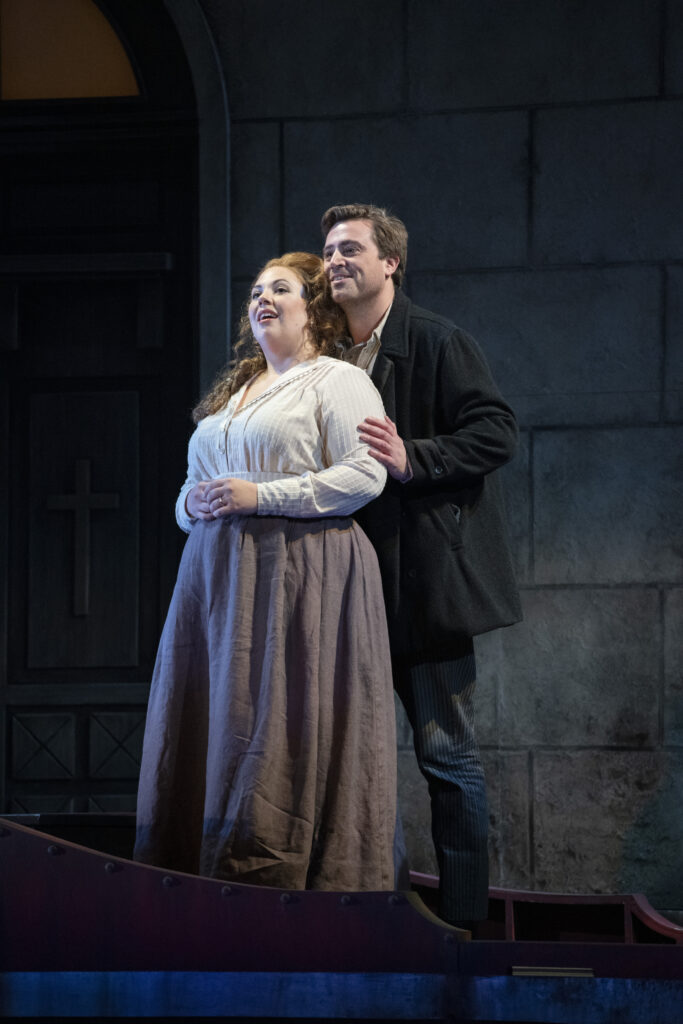 Adam Luther, Todd Thomas, and Aviva Fortunata, three singers from Il Tabarro, reflect on how none of them knew much about Il Tabarro before performing with Pacific Opera Victoria. Their love for the opera was clear as they chatted about what a pleasure it was to discover and how the music for all three of their parts was rich and full of life. Aviva lovingly commented that the opera was so dramatic, so tragic, and so much fun, drawing laughter from everyone for the use of tragic and fun in the same sentence, perfectly summing up what opera is. When turning to chat about what they are all up to during COVID, it was found that everyone was still very connected to music. Aviva is learning piano, with Pacific Opera’s own principal coach, Kim Bartczak, as a teacher. Adam has also been playing piano – to put his kids to sleep! Finally, Todd is practicing for a production that is being COVID safe… by being performed in a baseball stadium. He is taking part in a baseball themed Rigoletto this fall, where the duke is the owner of the team and Rigoletto is the mascot. He even gets to be on a baseball card, making our host Rebecca only slightly jealous!

What you hear on the podcast sometimes only offers you part of the conversations that I had with my guests. Often, we discuss music in our interviews, but I also invite my guests to share the music that matters to them for the playlist. Story and music connect us all, accessing our heads and our hearts. The playlist liner notes reflect the fuller conversation and offers insights into music that has mattered in their journey and may prompt you to remember the music of your life.

Pam Johnson
Pam was such fun to talk to and she insisted she couldn’t do an opera playlist and I assured her that all music was welcome. I love Pam’s list that she shared with me later. It tells us so much about her and she did have some opera favorites. She ended up with two operatic pieces. Both soprano arias. There is “O Mio Babbino Caro” on her list and she told me in our chat that her favorite piece from Il Trittico was in Suor Angelica. She chose the aria “Senza mamma”. One of my favorites too. I’ve chosen the version by the divine Mirella Freni.

Maxime Goulet
Maxime and I chatted about how he chooses musical styles to suit characters and respond to the story at hand. He has composed several film scores and music for video games, and you can hear the story in his writing and orchestration. He chose one of his own works to share, and an opera by Prokofiev and something from the contemporary, cinematic world of gaming.

Todd Thomas, Adam Luther and Aviva Fortunata, Cast of Il Tabarro
When we talked about their favorite music in Il Tabarro, Todd and Aviva spoke of the duet near the end of the opera. We see Michele trying to win his wife back – a sample of the text: “Stay here close to me” says Michele, “other nights, other skies and other moonlights? Why thus close your dear heart? Remember the sweet hours. The fleeting hours we spend happily together, swept away by the tide!” and Giorgetta responds, “I’d rather not remember….”

You will find this duet on the playlist, and with the drama mounting musically, and all the giggling about hiding the corpse under the coat in the rehearsal stories they shared, I’ve offered the tracks that take us to the end of the opera.

Todd Thomas
His very favorite non classical artist is Canadian singer, Holly Cole. Everything she sings is great. He especially likes her trios arrangement of “I Can See Clearly Now”. Todd explained that he could happily listen to Holly Cole singing anything for hours.

Pink Martini is a band formed by Tom Lauderdale and based in Portland Oregon. Todd found one of their first CDs called Hang on Little Tomato. Since then He has collected several CDs and seen them in concert. The vocalist Storme Large is extraordinary and “Amado Mio” is a favorite of his.

In the COVID times Todd has been spending a lot of time working on a cabaret show. He’s spent hours listening and researching musical theatre tunes and wanted to share some of his favourites.