Founded in 1979, Pacific Opera Victoria is one of the most influential opera companies in Canada, applauded for its inspired repertoire and for curating opera in surprising ways, attracting accomplished artists and engaging the community.

Over four decades, Pacific Opera Victoria has established itself as a vibrant opera company distinguished by strong community support and curatorial vision. Founding Artistic Director Timothy Vernon has conducted many of our 120 productions.

Pacific Opera Victoria presents an extraordinarily diverse range of repertoire. Our productions include original, made-in-Victoria productions of classic favourites such as Madama Butterfly and Carmen that welcome newcomers to opera while inviting experienced operagoers to enjoy a fresh look at a repertoire piece they know well. We also present new productions of exciting, lesser known works that allow audiences to explore the breadth of the repertoire and expand their ideas of the art form. These have included the Canadian stage premières of Richard Strauss’ Daphne and Capriccio, and Marc Blitzstein’s Regina, all recorded for broadcast by CBC, as well as the world première of Erewhon by Louis Applebaum and Mavor Moore and the first Canadian stagings of Weber’s Der Freischütz, Montemezzi’s L’Amore dei tre re, Giannini’s The Taming of the Shrew, and Lee Hoiby’s The Tempest. 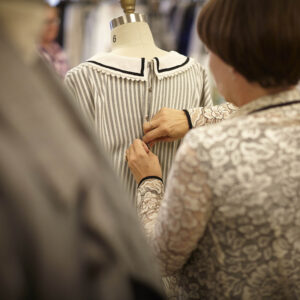 Pacific Opera maintains its own scene and costume shop in a 10,000 square foot production facility – The Opera Shop. This facility is the largest of its kind on Vancouver Island, offering employment to dozens of theatre professionals making their home in our region. Our eclectic team of artists and craftspeople have a wealth of experience in the fields of project management, design, construction, scenic art, properties, and wardrobe construction.

Pacific Opera opened the Baumann Centre in 2015, to serve as a consolidated venue for rehearsal, administration, artist training, community engagement, and chamber performances. The heart of the Baumann Centre is Wingate Studio, a sophisticated, acoustically engineered space for music making; its crowning glory is a cedar acoustic installation by Kwagiulth and Coast Salish artist Carey Newman, a former opera singer.

7 Live at the Baumann performances