Tenor Adam Luther has had to bow out of the remaining performances of Carmen, due to illness. Tenor John Pickle will be taking on the role of Don José for performances on Tuesday, Oct. 18 and Thursday Oct. 20, both at 7:30 p.m. at Victoria’s Royal Theatre.

Ticket holders for Sunday’s postponed performance have had their seats moved to the newly scheduled performance on Thursday Oct. 20 at 7:30 p.m. Should ticket buyers not be able to attend they are asked to contact their point of purchase. Tickets may be returned for a refund, exchanged for a gift certificate or donated back for a charitable gift receipt.

Come back to the passion!

Instantly recognizable and utterly unforgettable, Carmen is the ultimate return to opera at a grand scale.

There is no one quite like Carmen, a brave and beautiful free spirit, eternally falling in and out of love. None can resist, and few understand, this willful and charismatic woman – least of all Corporal Don José. Succumbing to her seduction, he abandons his past life, and his reason, until he cannot let her go. When new love blossoms, toxic desire leads to dire consequences. Can destruction be avoided, or do we live and die by the hand dealt by fate?

Overflowing with audacious harmonies and irresistible melodies that have become an indelible part of popular culture, this opera is not to be missed!

“A flop at its premiere – a premiere attended by Saint-Saens, Gounod and Massenet – Carmen has become a contender for Most Performed Opera in the World. Bizet went to his grave at 38 believing that it would never see the light of day. The score is constantly ablaze with melodies – you can surely sing a half dozen of them without thinking! And if the exposition takes a while, the Act IV denouement is one of the greatest in all of opera – a masterpiece of concision and rising tension right to its famous close.”
– Timothy Vernon, Founding Artistic Director 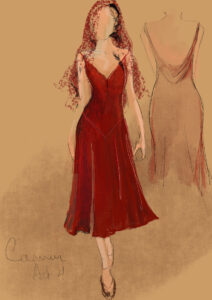 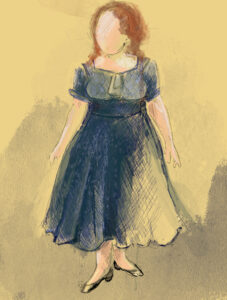 In a square in Seville soldiers loiter about waiting for the women working in the cigarette factory to appear. Micaëla approaches, looking for Don José, who is about to come on duty. The factory girls come out for a smoke break; among them is Carmen, who entertains with a sultry habañera. Don José pays no attention to her. Carmen tosses a flower at him, and the women return to work.

Micaëla brings Don José a letter from his mother; Don José resolves to follow his mother’s advice and marry Micaëla.

A commotion breaks out in the factory. Carmen is accused of wounding one of the other women and placed in Don José’s custody. She flirts with him until he allows her to escape – for which crime he is sentenced to jail.

A month later, Carmen and her friends, Frasquita and Mercédès, are at a tavern with soldiers when the famous toreador Escamillo makes a grand entrance. He sings of the glory of the bullfight and of the love that awaits the toreador. When he suavely propositions Carmen, she tells him that for the moment she is not available.

Two smugglers, Le Dancaïre and Le Remendado, ask the women to join them in the mountains to help with a job. But Carmen wants to be with Don José, who has been released from jail. Carmen urges Don José to desert the army and come to the mountains with her; he is torn, but says no. When his Lieutenant, Zuniga, arrives looking for Carmen, Don José jealously attacks him. The smugglers break up the fight, but Don José now has no choice. He must leave town with the smugglers and Carmen.

Before long Carmen tires of Don José’s possessiveness. When Escamillo shows up at the smugglers’ camp, confident that Carmen is now ready to become his lover, Don José picks a fight with him. Carmen and the smugglers separate them. Before leaving for Seville, Escamillo invites them all to his next bullfight. Micaëla arrives to take Don José to his dying mother. As he departs, Don José promises Carmen they’ll see one another again.

The day of Escamillo’s great bullfight, the Seville crowd cheers as he arrives with Carmen by his side. Don José accosts Carmen and begs her to leave with him. When she tells him that Escamillo is now the one she loves, Don José stabs her to death.

Originally planned to be performed in 2020, we had begun rehearsals for Carmen when the world went into lockdown. Enjoy this video of our chorus singing an excerpt from Carmen.

Take a look behind the scenes at Opera Canada’s feature, Constructing Carmen at Pacific Opera Victoria and in this Opera Shop Tour!

Sung In
French with English Surtitles

There is no one quite like Carmen, a brave and beautiful free spirit, eternally falling in and out of love

Come back to the fantasy! When two disillusioned humans journey into the realm of Thrushes, Wrens, and Ravens, their ill-advised…

Find out more Get tickets

Come back to the mischief! A quirky comedy about two men as naughty as Mozart himself… and the women who…

Find out more Get tickets